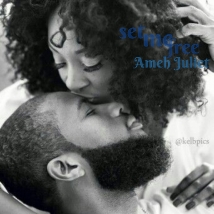 "Hey William, don't let me see you in here ever again!" one of the security at the huge prison gate yells after me as I cross the threshold of the dump which has been my home for the past four year or so. Seriously, I lost count.

"Liam!" I squint my eyes against the sun as I follow the voice to find mother waving wildly at me with my daughter jumping excitedly beside her.

"Daddy!" my baby squeals as I double my steps to reach them by mom's beat up car.

It takes a lot of effort not to full on sprint to my little girl.

"Aurora!" I finally get to her and pick her tiny body off the dusty ground, throwing her up into the air to catch her. Her laughter is like heaven to my ears . When was the last time I held my baby?

"Daddy, I can spell peanut butter now!" she says as greeting. My cute genius.

"Aurora. You should greet your father first." mom scold lightly. Aurora pout her little lips as she wrap her hands around my neck.

"Don't scold her, mother. My baby is such a genius. Aren't you sugarplum?" I rub my nose against hers and she giggles.

"Yes boy. You are going to have to shave that off once we get you home." mom says as she gets in the drivers seat.

"I love your beards

. It's so soft." Aurora whispers into my ears and I chuckle.

"I'll leave it on for a week just for you. How's that for a bargain sugarplum?"

"Okay. Fine. We have a deal." she says lifts her tiny pinky finger up for me and my heart feels warm from cuteness overload.

"Would you two get in the car already! I have an early shift at the grocery shop this afternoon!" mom calls from inside the car.

"Oh no. We better not keep grandma from her elite job." I tell Aurora with a wink.

"Grandma said she hates her job." my little girl point out as she wrinkle her cute nose. Dawn used to do that. Dawn. My heart ache at her name.

"Yea, let's get going." I say as I drop my little girl in the backseat of the car and sit beside her.

"Prudy will be so jealous when I show her my dad. You are so much cuter than her." Aurora says once mom starts the engine.

"You are so much cuter than hers." mom corrects from the front seat and I wonder when my mother became such a role model for a mother.

"Don't look at me like I've grown two heads, boy. People change when life hit them too hard. I hope you have but for the better." mom says quietly and I nod.

"Does grandma have two heads, daddy? I see only one." Aurora cuts in and mom and I burst into laughter.

"She's all that keeps me going these days." mom says lightheartedly.

"She is the only reason I kept sane in that place."

"Well thank God you are out now."

"Yea. Feels good to be back." I sigh deeply as I relax in the backseat while Aurora ramble on about her frenemy Prudy.

"The truck's just few centimeters away. Rory, Mara do you see both trucks?" Jessica's voice asks from the earpiece in my left ear.

"I can definitely hear mine." Rory says.

"Good, once they make a stop at both gas stations, you hijack the trucks. Copy that?" Jessica asks and I mentally roll my eyes.

"You are such a perfectionist." Rory chuckles.

"yea jessie. Do you have to recite the plans to us over and over again?" I add.

"It's annoying. In a funny way." Rory chuckles.

"Are you two done?" Jessica snaps and I clamp my mouth shut.

"Mara, hope the document you brought us last night gives us a break this time. We have been hijacking various trucks for months." Jessica says.

"Trust me on this one. The code number I got from dad's phone the last time he came to visit me at the beach house is exactly the numbers on these two trucks."

"you said that about the last two trucks we hijacked last weekend." Rory says drily.

"Wait, the truck's pulling into the filling station." Rory whispers as the headlights of a bright red truck momentarily blind me as it parks beside the gas tank.

"Fill her up." He says. I try not to grimace at his stale breath.

"okay sir." I say cheerily as I pull the gas pump nozzle out.

"sh*t" I exclaim loud enough for the truck driver to hear.

"I'm sorry sir, if you'll just help me--" he brings his head closer to access the situation and I slam the nozzle into his gullet.

"f*ck!" he bellows as he tries to grab me. I stagger back but quickly gain my composure to slam my fist into his big stomach.

"you brat!" the vein in his forehead nearly pop out as he grunts in pain and mostly anger.

"You messed with the wrong person." he spits as his heavy arms hit my back. Air rush out of me as I almost kiss the floor.

"Not so tough now huh?!" he grabs my hair and slam my face into the truck. I taste blood in my mouth. Christ!

"I'm going to have my way with you then kill you on this lonely highway." he gloats.

"I'll like that." he says as he licks my face. Jeez what a creep.

"would you mind telling me what's inside your truck before you do that?" I ask not in the least faxed by his act.

. His posture is all wrong. I can bring him down with one kick.

"drugs or women?" I continue when he doesn't reply but his hold on my hair gets tighter.

"What--oomph!" suddenly his hold loosen and I turn around to see the disgusting man lying on the floor with Rory's boot crushing his head down.

"No, he had you where he wanted you.”

“Please tell me you are okay.” He says in concern as he starts feeling me up blindly. His hands brush bare skin under my boobs and I jump back.

“Look what he did to your top." Rory snaps right back. I look down to see my top ripped up to the hem of my bra and I curse under my breath.

“Weren’t you supposed to hijack a truck?” I change the topic quickly.

“It didn’t take me more than a few minutes and when I heard your harsh breathing I ran over like your night in shining armor that I am.” I want to smack his smug face. Maybe just once.

“Will the both of you quit it.” Jessica interrupts her bickering.

"come on, go check the back of the truck.”I instruct Rory.

"okay. Okay." he walks past me to the back of the truck.

I take the time to pull my wig off and throw it to the side.

"Mara! Come check this out." I hurry to the back of the truck to find a bloodied man.

“He better be a big lead to bringing your father to justice.” Jessica says in my ear and I nod. He better be. Four years chasing dead ends is exhausting. I want to be able to live free and pursue my dreams. I want life away from my father. I’ve seen the things he keeps doing for four years now and every day he’s allowed to roam the street free, is a danger to humanity.

Plus pretending blindness is hard work.