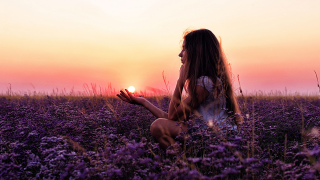 
Hi everyone, it’s been ages, I know and I don’t think I have any explanation to give that will make up for the absences.

However, this book has gone through some refurbishment which includes a change in the book title and the book cover which I attached to the previous chapter( that happens to be a mistake).

I hope this book always make your day and give you joy.

“You don’t need to stay behind and close the shop, Emily will definitely do that when she gets back” Dumbledore was already at the door when he tried to persuade me to go home for the nth time.

“It’s all good sir, I’ll be fine by myself and I’ll lock the library before nine. You don’t have to worry about anything” he nodded in agreement

“If you insist, Goodnight Lexi” he walked out of the library towards his car that was already waiting for him.

I replied not caring if he heard me or not.

After putting away some books to their appropriate shelves, I went to sit behind the counter while waiting for the time to pass.

“Good evening, welcome to the library. How can I help you?” I lifted my eyes from the novel in front of me and saw the customer staring at me as if he’ll end up digging up a hole in my face.

“2:45, is that you?” He asked and I was forced to look around me if there was someone else he was talking to.

“Yes, you’re 2:45 and we worked at the same club some years back before what happened and even though it’s tragic how everything turned out but I’m glad you’re okay now” he said smiling.

“You’re joking right?” He looked at me questionably.

“Okay!!, wait a moment and let me try to process everything you’re saying. Your face looks familiar, Yes but I can’t seem to place it. How do I know you?” He looked at me before placing his hands on his head and pacing about a bit while I looked at him waiting for him to say something.

“I’m trying to place what is going on here exactly and I just can’t seem to understand. Well that’s a talk for another day. Let me introduce myself properly to you. I’m Samuel and you are?” He stretches his large hands towards me and I took them

“I’m Lexi and I won’t like the idea of us trying to overlook what just happened now like it didn’t happen. What’s going on?, I need an explanation”

“I’ll do that when I’m able to get my hands on enough evidence that we actually know each other but for now, I could be lying, you know that right?” He asked

“Yes, that’s what I thought and you could have mistook me for someone else”

“Never, that hair is more than unique and you’re the only person that I know that have that type of hair color, Alexis” he replied

“Like I said, that’s a story for another day. I need a book about the geographical map of Africa or anything about Africa in particular” I stood up from my seat and directed him towards the shelf where he could actually get the books he need.

After some minutes, he was done checking the books and picked out the ones he feel will help him with whatever he needs it for. All through, I was watching him intently, trying to comprehend everything that he said.

“So, I’m done here. I think I just found my temporary brides for the next few weeks” he raised the books up as he walked towards me.

“You’re that lonely?” It was supposed to be a rhetorical question but to my suprise he nodded while smiling sheepishly.

“Lexi, can I take you out tomorrow?, like on a date?” It was obvious that he was shy.

“Alright, no problem. Let me write out my number so you can call me and talk about how we’ll meet tomorrow” I was desperate to find out more about what he said that I didn’t hesitate to write down the number on a piece of paper I saw lying on the table.

“Thanks and expect my call”

“I won’t hold my breath. Have a wonderful night”

He started towards the door but stopped and looked back at me, and said “you need to be careful out there, Lexi. I don’t know what happened to you but I definitely know you got yourself into one hell of a shit that night. Be careful” he said the last words almost in a whisper before he opened the door and left.

I was shocked at his words and before I could get my brain to reply or question his words, he was gone. Guess I’ll have to wait till tomorrow before I get answers to the thousand questions running through my head right now.

I checked the time and realized it was a little past nine o clock, I  took my bag, switched off the light and made my way to the bus stop.

I was already far from the library when I realized someone was following me, I hasten my footsteps and the person hasten his too. The street was dark and almost empty, when I looked back, my suspicion was right, I almost lost my sanity at that moment.

The man was dressed in black hat, black leather jacket, black shoe and he was huge and scary as fuck.

I was walking really fast and looking back at intervals to check if he was still following me.

The Alley that leads to the bus station was dark as usual and no one was passing through which made it more scarier than it used to be.

If I’m able to pass through this Alley without him catching up with me, then I’ll be able to escape.

My footsteps were so fast that i was no longer walking, I was running and I could hear my heavy breath and his too.

“I’m not 2:45, you’ve got the wrong person” I screamed back while still running.

A smile of relief set on my face when I saw the bus station right in front of me and before I could take a step out of the dark  and away from the monster, I feel a hand grabbed the collar of my shirt and dragged me back into the Dark Alley, and slammed me against the broken chairs that are there.

“You’re not 2:45, right?. That’s what she said, I’m not 2:45” He said mimicking me with his last sentence. I felt something cold against my skin and when I tried checking, it was blood running down my face.

“Then, maybe I’ll show you what it means for me since you’re not 2:45, I’m a little bit disappointed about that fact. Had it been you were 2:45, boss would’ve definitely love to see you” He starts  to unbuckle his belt and when I saw that he had a little bit of trouble with that, I used that opportunity to grab a huge piece of wood with both hands and hit him with it knocking the bastard out in the process.

I ran as fast as my legs could carry me to the bus station and when it was time for the bus to finally leave, I looked out of the window to see the guy looking around for me. When our eyes met, I gave him the middle finger as his face crimson with anger.

To hell with you