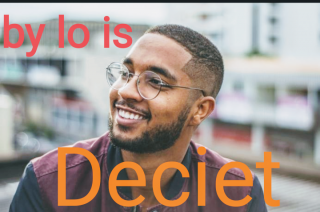 
Kiki's p.o.v
I breathed running to the Next door when I heard a loud shot behind me and turned....I missed narrowly being shot...Peter held the gun staring at me with hate!!
"I will shoot you if you even try to move...."He snarled. I nodded and said "I just want to go home."

"Revenge Kiki...I want Revenge on Jack and you're going to be my bait...."I chewed my lips. . . thinking of my next plan...Here comes the advantage of watching Action action films...i walked to him raising my hand in surrender and hit the gun away  from his hands.
"Kiki..."he groaned trying to reach the gun but I kicked it away and while trying to run for it ..he pushed me down. He tried getting up and I also..pulled him. We we're now both grasping for the gun.. crawling and pulling the other backward when suddenly one if his goons appeared in the door way...
"John....give me the gun!"Peter ordered. He looked at me and Peter and picked up the gun.
"No John... please give me the gun...No one deserves to boss you around..."I pleaded.
"John give it now.."He ordered.
"No John I'm on the good side and I promise to help you"I smiled.
"John give it to me!"
"No me...."
"I'm your boss"
"Please give me the gun..."I pleaded.
"Enough!"He screamed holding his ears...I've had enough of you as*holes....oh! oh!

Jack's p.o.v
"Anderson"Mercy gasped.
"You b*tch...Did you think I wouldn't honestly find out... you're helping the enemy and what about your promise to ruin his life"He snarled

. "Anderson... Jack's the victim...."Amaka said and her words was responded by a shot from Anderson. She stared unbelieving as Blood dripped out of her.
"You think you can escape...I pull the shots and I want a drama....I can finally kill you Jack ..you f*cked the love of my life..."Anderson screamed and I could see he was crazy.
"Please put down the gun.. let's talk about this"i begged.
"You know what we should be talking about...your last words...see you in hell"Anderson yelled and and shot. I closed my eyes but didn't see any blood..instead Amaka who was very weak...pushed me out of the way and got shot again.
"Well ..I missed you .. it's fun trying again..."Anderson said.
I looked at Amaka's form on the floor as she wispered..."I'm....so ...rry!!!!"
I bent down looking at her and holding her head screamed"No.... Don't do this to me...." She smiled and said"here's the....end....of....my Jor....ney..... fight.....for.....ki....ki"She said and her eyes closed. "Amaka!"I shaked her unbelieving. "She's dead...."Anderson said with disgust. "You brute you killed her!"I said moving to him holding his shirt and giving him a blow. He gripped for his gun but I kicked it away.
"I've been waiting for this day... man to man..."Anderson said and gave me such a powerful blow I fell facedown.I got up spitting blood. I staggered to him and gave him a blow. He pushed me and rammed my head against the walls and I started seeing stars. "You bastard..."Anderson said giving me a blow again. "I'll kill you!"I held his hand at his attempt of another blow and kicked him hard. we fought hard to the top of the skyscraper building we were in. "Noooooo"Mercy screamed.

. "I'll kill you...you killed Amaka.."I screamed ramming his head over the glass windows and we rolled out. "You know what Jac..."He said as I gave him  a punch again. "What!"I growled. "If I'm dying then I'm taking you with me..."And he pushed me down the building. I rolled and held on desperately...He laughed and tried kicking my hands off but ended up rolling too. We stared at Mercy ..who had been hiding since the drama began and I said
"Save me!!!"
"No save me!"Anderson yelled..

Alaine's p.o.v
"I feel so useless standing here...."Jacinta said.
"But we can't do anything... nothing goes down until Tomorrow night...."I smiled.
"Yeah...kiddo...you know you're like me"She smiled.
"I'm kinda sorry for almost killing you"I said.
"It's okay...I was being such an ass....you know I wanted to kill my brother..."She replies.
"What changed?"I asked.
"The truth...I would be willing to fight for him ..now"She smiles.
"What truth and where's the real Jack?"I asked.
"He's the real...."She began.
Suddenly we heard electricity spark.
"You heard it too..."I wispered.
"Sssshhh!!"she said and tried opening the door...it was locked.
I looked at the window and screamed "Fire..."
Smoke enveloped the room and we were still coughing. I laid coughing and covering my eyes as the smoke entered my lungs.
I looked at the empty fire extinguisher on the room and coughing... Jacinta tried  using it to break the door...

Kira's mom p.o.v
"Mom your phone is ringing"Kira called from the parlour watching TV. I muttered under my breath and walking to the parlour answered the call.
"Hello .."I said

"I'm anoymous...I just wanted you to know that I saw Peter in town" The voice said.

"Hello"I said and the call Curt..

So the bastard was in town afterall!!!

Spoiler alert... our story is getting finished\