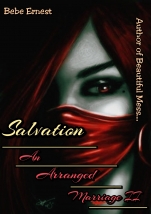 I never imagined this day would come, me telling the love my life the reason I'm guilty for ruining her sister's happiness, the reason I've been so standoffish.

It's not everyday you withness the death of your brother, or stand still while it happened.

I pour out everything in my soul, laying it at her feet, letting her know I love her but I'm too guilty to stay with her.. Me and my brother, we are alike in many ways than we seem.

She takes everything, every single thing and when I'm done, telling her I was behind my brother as he got into his car, drunk and grieving to drive to his death while I stood around and did nothing, she didn't judge me.

Not once during my full speech did her face change, not once did her body flinch, not once while I was telling her the many heinous things I've done to become as strong as I have did she close down.

"It's raining, you should stay until it stops" She says, I refuse to look her in the eyes, the guilt quenching my soul.

"I'm not going to judge you Cash" She says and I lift my eyes, it immediately slides to look at a place behind her.

"I'm not going to act holy and judge you, you don't deserve that, you've gibe through a lot in your short life, no child deserves that type of upbringing, I'm not going to push you away because no one is perfect, not me, not even the pope" She says and I refuse to harbor any hope at the path her words is taking me.

I should probably stand up and go.

Let her live a good life.

I close my eyes and sigh.

If I'm going to get killed for my many sins then it will only be fitting that whoever is up there adds greed to the never ending list.

I'm too greedy to let Anaya go, I will be here, in whatever way she will have me.

"The rain has stopped" I say, bidding my time, waiting for him to say something, hearing those many revelations from him has made me understand where and how things can go unbelievably wrong.

I finally understand why he didn't think he was good enough for me.

Watching his brother die, and vowing to get revenge on the people who caused it, channelling that amount of negative emotions into positive ones must have some sort of impact.

"Spend the night" I say, he looks at me.

"What? You are telling me that somewhere deep inside of you you weren't hoping I would utter those words?" I ask cheekily, trying to go for humour.

It works because he relaxes

"I didn't think you were going to forgive me so soon, seeing as you packed yourself and your stuff out of our house" He says.

"Living together is too archaic for me, I wanna see what the world can offer" I say, my position by the stove still held.

"it's dangerous for you to he staying alone at this time" He says.

"Then why did you move out?"

"You had to get your head out of your ass sometime soon, I couldn't wait for you to do it on your own time so i gave you a nudge" I say.

"You are saying packing out of the house and inducing a fight between us was part of an elaborate scheme?"

"You've got that right Cassius King" I say, testing the name on my tongue.

"I'm moving in with you" He says finally, after wiping the disbelief off his face.

"No, you are not, I'm not going to live with a man who hasn't put a ring on my finger."i say, biting my lip to swallow the laugh that's threatening to break free at the speculation on his face.

I won't put it past him to try to get us to have a shotgun wedding tomorrow.

" That can be arranged "He says.

" I was just joking cash "I say and he nods, but I can see the resolution on his face.

I set the joke aside, dropping my mug on the counter, walking to him.

I stand in front of him, taking his face in my hand and looking into his eyes, the rain picks up again.

" My poor scarred baby" I say, smoothing his brow.

"I'm sorry you had to tell me this like this, but I'm honored your trusted me, it wasn't your fault cave died, i totally understand that you had to channel your guilt at that into revenge, I understand all this and I accept you just the way you are" I say, kissing his head.

He heaves a massive sigh before tucking his face in my stomach, wrapping his hand around my waist.

I kiss his head.

"I love you Anaya" He mumbles into my skin and I feel the joy in my stomach, my eyes filling with tears.

"You own me too" I say and he kisses my stomach, we stay like that, him breathing me in and me giving him time to recover.

When it's time he takes me directly to my room,needing no assistance in immediately finding it, he pulls off both our clothes, I let him do because he seems to want to, he sets me on the bed, cuddling into me before falling asleep..

I smile, kissing his chest, it's safe to say I've got my man now.

A massive apology will never be enough, I know, I know, I try not to be irresponsible, I try but please believe me when I say that I also tried to write.

I've got multiple ideas in my head which is messing me up.

I've got a big book hangover which tipped me into a slump.

I had to grasp for things to write.

I started this chapter a thousand times, I got so guilty I refused to even log into this site. Lol.

I'm sorry once again and I want to tell you that my one week plus hiatus paid off and I've got all the chapters done already, yay right?

All I have to do is post them and then concentrate on LHR.

Thank you once again for the massive support and private messages.

Let me know if you want me to drop my personal number so you can reach me at anytime and transfer that support to a place I'm not feeling massive guilt.

Please tell me you love me too.

Read " The Homecoming " by the same author ( Bebe Ernest )