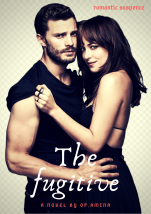 I shut the door to her room and released a sigh ,,hair rose up at the back of my neck, of course I had to rub a hand on it against the chill of sudden vulnerability,, I stare back at the closed door and smile

Lord ,, what just happened to me in there?
I can't believe I kept staring at her like that ,fact was I couldn't seem to keep my eye away from her ,,apart from being her watch man throughout the night ,, she was a very beautiful woman which had prompt this kind hunger and sensation in me ,,
First it was the thought of kissing her.
I can't believe I just thought of sex in there...

Its just so hard to get those thoughts away ,, her sight alone could kill a man ,, especially one who hadn't had s-x in the last five years ..

Dane garret you are just one good example ..

I made a dash to the kitchen , brought out the tea cup ,spoon ,and all stuffs needed for tea ,,

no doubt what happened to her last night wasn't a coincidence ,, someone had deliberately came into her apartment ,, put on her gas and set it on fire..he or she was really determined to set the whole house ablaze..
But who does she think she is ?
A fire extinguisher ,,one who could put off a flaming house.
She should have called for help ...now she got all those injuries while trying to put off the fire herself ...

someone did try to kill her ?
I had no choice than to keep an eye on her and our surroundings all night ....
Leaving her was a last option ,, am never planning on leaving and whomever try hurting her was gonna face me first ...
Gosh I couldn't even tell her dad what happened ,, I really felt for the old man ,,
Having to raise female kids all alone could be such one hard task ,,
Too bad I had to tell him she's fine...

No pressure ,,a fine heart ,with a normal breath that's what an aged man like that needed ,,

"Guess I did the right thing"

I shook my head dropping two cubes of sugar into the tea ,,

I smile once more slicking my hand down my hairs..
My reflection at the glass hang just at the corner of the kitchen made me gasp,, did my looks change that much ..
I bit my lips smiling at the same time

"Mmmm am not looking bad really..."

"Was that why she flushed ?"

I raised my arm up staring at the size of my bicep..

I can't believe I was starting to laugh before I realised it ...

"That means she was affected by the looks I was giving her , I even eyed her, ---that--- I assure you I couldn't stop myself ..the sight of her raven hair and those pretty face that stood in between ,, could make a man fall on his kneels ,,

"My God  I was tempted to ,,it was like a force telling me
Dane if you do not eye this lady then  ,
then what are you ,, a g*y or something .." I gestured talking to the spoon in front of me ..
She is a goddess really "

I was busy arranging the stuff on the folding table and the flash of Theresa pretty round face came striking down my head
Well she was the only girl I ever made love to..
Its just so annoying that deputy had done all those to her ...
Gosh
Her reaction after five years really get to me...
I won't deny part of me still love her, but I gotta to let her go, her appearance shows she loved the deputy instead..

I took the big sliced bed and placed it on the folding bed table, of course I  remember how she devour three plates of steaks,
Was it that she loves steaks or has an high Appetite...

I carried it and made way back to her room ...

I hope its not just what am thinking ...

Need was something I don't like to think about .
Even if i really did need a man so bad
It shouldn't be a convict and a prison breaker at that end ,,
Why is this feeling getting to me all of a sudden ..

I haven't thought of s-x for so many years ,, why now huh

I was caught from my thought when the door clicked open

He came in with a smile on his face and of course with a folding bed table on it was the tea and big sliced bread
I was hungry, but at his sight ...

I can't believe it wasn't for food anymore ,

Gosh how much I long for the touch of a man ...

As he moved closer i stare at him agog wondering just what it was about him that brought out this side of my life all of a sudden ,,
Was it his killing face, or that ...

He came closer and placed the bed folding table right on my laps ...

"Common eat up before the tea runs cold"

I stare at the exposed part of his chest and swallowed..

With an heated face I never realised I already squeezed two sliced bread into my mouth at once ...
I kept chewing and chewing ,stretching and battling my eyes to the other side ...

He was now seated right beside me ,, staring at me ,i was sure he was gasping but I dare not stare at me ,,cause this monster part in me was telling something really bad ...
..
" Sarah tell him to take off that shirt now,, you wanna take a look at those,, you know ,, those collections ,believe me underneath that shirt he is a muscled killer ..come on say it,, say it "

I shook my head
The bread has really starting to choke me ,, but here I was still battling with my eyes and my heart of course was pounding like never before ..

"Sarah drink some tea,, it would help softened the bread"

He reached the tea to me

I collected it and our gaze met ,, for an instant something subtle changed the airs between us ,, was it need , hunger ,, or something er-tic,, something had touched him too ,,i wasn't sure what it was ,,well knowing that I wasn't the only one with a problem made me feel better

I reached the tea to my lips and took a sip...

I set it back on the table and gasp after swallowing the bread to the last ...
He studied me quietly for a moment  ,, guessed he sensed how uncomfortable his nearness was making me feel ,, so he shifted to the edge of the bed ...

"After eating you should talk to your dad you know ,, he is really worried "

"He was the one who sent you down here right "

"I didn't tell him you met with an accident ,  so you should find some excuse to give him "
...

My gaze shot up as his deep voice cut through the thunder of the sea and the echo of the wind to say my name ..
My God I can't believe I forgot who I was ,, a single hard swallow of my bread brought me back .

"How did that incident happen tell me ? It wasn't a accident ,, someone did try to kill you right"

"Tell me " he said again ,, he slid his gaze to me stunning me again with its force.  .

"Well I was supposed to meet a client ,
The annoying part was he couldn't even meet up with the appointment,, I waited till dusk ,, when I didn't see him ,, I had to come home to meet with my kitchen aflame,,,I was scared ,, i had to start putting off the fire,, I got consumed by the smoke ,, so that tells the whole story ...I just don't understand why anyone would be after my life ,, I haven't done anything to wrong to anyone "

" by any chance could you have left your gas open"

I gasped and stare back at him

"Eat up we will talk about that later ...the nurse should be here any time soon to attend to the iv,, its almost finished "
He gestured with his head

"Mmm how do you get a nurse to come down here"

"Well when i saw you in that shape last night I was planning to take you to the hospital , but  fruitless searching for your car keys made me go knocking on your neighbors door ,, luckily for me ,, a nurse was the daughter of the house ,, so she offered her help ,,

I nodded and took a bite of another sliced of bread

he sigh and stood

"She hasn't talked about the bills yet"
.
"Just don't bother I will take care of the bills " I said

I was glad the door bell cut off the glance he was giving me ...

And why is he looking at me that way ...its wasn't even the looks he was giving me earlier ,, this one was odd

"I'll get it ,please excuse me"

I took a deep breath , admiring the way he walk ..

All episodes of this story can be found here >> https://www.ebonystory.com/story/the-fugitive

. he opened the door and was about going right out when I called his name

the way it sounded even to my own hearing seemed slanted ,,

"Thought you went looking for your girlfriend ,, did you find her"

" of course I did,,but I shouldn't have gone looking for her at all" he said with irritating nonchalance.

"Because you are right,  she moved on "

"Ouch am so sorry for that "

"You shouldn't be ,," he squeezed a smile and closed the door behind him

Could I really let him stay around me  ...
What followed was a moment of odd expectancy. Should i thank him? For what?
His presence?
For saving my life ?
Or for serving me breakfast in bed..

I only got this place for my privacy his presence only brought tension to my heart ..
What am i gonna do huh..
Saving my life doesn't mean I should trust him ..
Should I just tell him to leave that I would be fine on my own ...

Gosh ,, that's exactly what am gonna do or else that killer body of his is gonna make me loose my senses ,,

I focused on eating more and more bread with the thoughts of him still ravaging my head ,,
Five minutes later
I stare down the folding table and my eyes went huge when i realised I already finished the whole sliced bread ...

I took the empty nylon and raise it up ...

"Did I just finished a whole family sized sliced bread, "

More to come.,,love , action , romance ...for now let's just get to know our hero and heroine ..in the next few episodes

Thanks lots of love

Other Episodes of The fugitive ↓