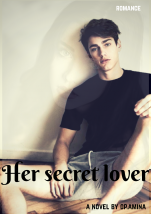 He was in love with her ,, to her he was his best friend,,
he has been sending her secret stuffs for years on the other hand she always picture her secret lover as an alluring ladies killer type with dimpled cheeks, lovely abs, blue eyes ,long hairs and a body, fit and huge like Gorge foreman (a wrestler) nothing like her slim, tall , slightly shy cute best friend ,

To make her feel the same as he does he lied about having an intimacy issues and ask her to be his teacher, she agreed but nothing was working ..

Now she hungered to meet with her secret lover ...
so he set his friend in new york who was exactly like her dream man up for the task ...Nichole falls in love instead and plans to marry her ...
Graham became furious., but Nichole was planning to be with Lois at all cost...
in other for her not to get married graham set up a dreadful stuff that nearly cost Lois her life

now what happens when Lois eventually finds out Graham was her secret lover and the one behind all of her night mares?

Perhaps could she also be in love with him this whole time without even realising it ?

Guys the fugitive is still going on ooo
but I've been working on this for a while now and decided to share it with you guys ...

this one is pure romance oo

so are you guys ready ?