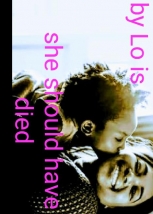 She Should Have Died - Episode 11

She should have died


Bosa's p.o.v
I told Reggie not to make a sound as we alighted from the taxi. He nodded and we crept towards twenty one border. it wasn't different from other places but the way everyone was carrying out thier activities as if they will never be caught. The men were playing ludo and some guarding with guns I was about giving up when one of the  men asked"Bosa how would you like to join the party?"
I cringed,they knew I was here. "well since you already know my intentions, just give me my mom and no one will be hurt!" I warned . 'oh we'll let your mom go if  you can promise to drop every single weapon you have on you and trust us !"the man smile trickily. I looked at him and Reggie, Reggie was silently begging me not to trust them. I sighed 'okay!' and i dropped every weapon on me. "Good.... naw search her !"he ordered. when they were done, shots filled the air and Reggie got shot twice "you lied!I trusted you!"I screamed running to Reggie. Reggie was seriously finding it hard to breathe. He was covered with blood and he kept on gasping"I'm sorry B.... I couldn't... eveeeen...... save.....you!"at that he became Numb. "Nooooo!"I shouted as I tried shaking him."Reggie don't do this to me you can wake up please....."I was choked  with tears and in that monment did Rated the leader hit me unconscious with his gun....
Maria's p.o.v
I tried calling Bosa,she was not picking

All episodes of this story can be found here >> https://www.ebonystory.com/story/she-should-have-died

. it was not bad anyway since I was almost home. I couldn't wait to see the Joy on their faces, when I told them I didn't die that it was all a plan to kidnap me. I Know Bosa does not hate me she's just going through some teenage phases. I stopped the taxi as I got home and took in that familiar smell. It was too good to be home."Robin...I'm home"I stopped shouting when I saw a strange woman holding a pistol and wearing my dress in the parlour.

. "Hey Mrs j! I've heard so much about you believe me lots about you how  a caring sister and madame you are.. and mother... ooops I think you failed in that part because even your biological daughter wished you dead. well I'm Regina Ravishing and I'm with the current hier to the Robinson's home so I'd advise you back down !"she said laughing. I looked at her, this had to be a joke. "Robin I'm home and you have to stop whatever prank you're pulling now!!"I yelled looking around excitedly.  "This is no joke woman it's reality and I did I mention your dumb daughter fell for  my trap by looking for you? like mother like daughter!"she sneered. "Don't you dare hurt my princess I'm warning you be I can get DANGEROUS!"I shouted in anger. Instead of answering me, she brought out a video in which BOSA was strongly tied and the men were  harassing her while she cried out in pain. "you!"I yelled at her but my words were drowned by a firing shot. I looked at my legs as I fell crashing down, she had shot me.

HMN TIS IS SERIOUS MY REGGIE BETTER NO DIE .. OOH HAVE SAID My OWN OH!

Other Episodes of She Should Have Died ↓