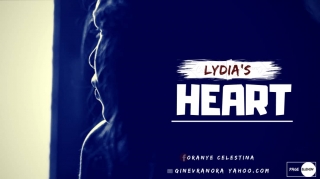 Chris laid the sleeping girls on the nearby bench, confused on the next step to follow. He peered at the girls angry at them sleeping peacefully while he runs around trying to save them.

Stanley ignored his statement and carried Lydia(x) on his shoulder and starts walking towards his car. He stopped and looked behind when he noticed Chris not following him

“Guy, man up; carry that girl and follow me or you risk Kammy catching you here”

“How did you know Kammy?”

“He was my boss and I know how ruthless he can be; I am not doing this for you but for my girl because you have to explain why you have them in the first place”

Without much hassle, they bundled the girls inside the car and same time Stanley’s group arrived, to avoid Chris from suspecting anything he gave them sign to kill Kammy and his gang
He geared his car to life and drove out of the vicinity satisfied that his group will never disappoint him

“Wait young boy, where are you driving to?”

“No not the hospital, STOP”

Stanley marched the break and they jerked forward

“What the hell, you want to kill me”

Stanley gave him a glare “Next time watch how you command”

Chris settled back “we can’t go to the hospital; I am a doctor too, I have given them what should have woke them up yet they never stirred”

Chris jerked as he felt a phone vibrate in his pocket; Stanley snatched the phone from him

“Hey what are you doing with her phone?”
Chris snatched it back “It’s none of your business”

“You mean Vicky; oh I have been dying to meet him, give me let me talk to him”

“I don’t know, I have never met him but that is what she calls him”

Chris picked the call hoping for the best

“Man speak to me, its Chris”

“Chris” Vicky shouted happily “thank God I reached you but how are you with my daughters phone; hope it is not what I am thinking……… give the phone to my daughter and I repeat don’t touch her”

“We have a problem” Chris whispered

“Sir where are you, let us come there”

Vicky hastily gave the description of his village, although the village was not supposed to receive any visitor cus it is their full moon but his daughter first, besides he has lost hope of seeing Lydia again

“just deliver her to me safely” he murmured to the phone and disconnects the call; maybe once Chris is there, they can sort things out

Stanley threw the phone at the jittery Chris “call Lydia(n)’s mother and notify her where we are going, I wouldn’t want her to meet the mess at your house”

Chris did as he was told without questioning, he can’t believe that Vicky, his right hand man was still alive, he would have doubted it had it been he did not react the way he did when he noticed he was the one that answered the call

He knows he likes girls but Lydia(x) is so small for him; he settled deep and watches Stanley drive off……

All episodes of this story can be found here >> https://www.ebonystory.com/story/lydia-s-heart

. He never cautioned him cus of his speed, after all he has nothing else to loose…… his house and car must have been burnt down to ashes

If he survives this, he concluded, he must settle down and marry

Had it been it was a normal circumstance, she would have refused going to Ubala kingdom but as it stands she must save her daughter, maybe she would never get to meet Vicky there.

Read " My Past My Future " by the same author ( Celestina Oranye )

Other Episodes of Lydia's heart ↓