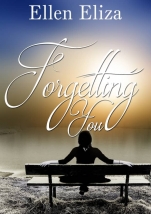 *Hailey Bloom is valley view high school's most popular girl. She is the envy of the girls and a sight for the sore eyes of the guys. She is beautiful, s-xy, alluring, intelligent, bold, confident and gracious. She has everyone's attention when she walks.

Jason Michaels is the schools nerdy boy with the big glasses and huge backpack. He has a huge crush on Hailey and is unable to speak out so he resorts to giving her secret gifts . But like they say, don't judge a book by its cover. Behind her popularity, Hailey was a messed up, broken and a drug addict.

Years later they meet under bizzare conditions. Jason runs away from his marriage ceremony. Hailey is left homeless after she attempts to escape her demons despite being pregnant. They meet. Jason delivers her of her child. They separate only to meet again. Hailey's determined not to let herself fall in love. Jason is determined to forget his long time crush. They both are left in a dilemma to choose between forgetting their demons or forgetting each other?