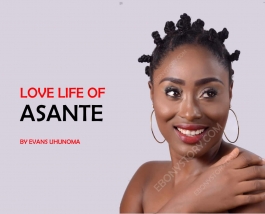 Asante, having suffered so many heart-breaks, could no longer tell if the faults were all from her or the guys she meant were just been heart-less.

The Love-Life of Asante is an African Love-Story Series that features Chracters from Kenya, Ghana and Nigeria alikes. Themes includes,Romance, Heart-Break, Humour, Tragedy, Campus-Life, Career  and lots more. The Story also brings the reality of Friend-Zoning to play.

Warning: Please do not copy this story to avoid causing problem for yourself.