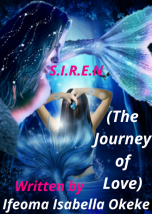 Queen Lucy was defeated by her wicked twin sister, Luciana, with the help of evil Sirens. Lucy was frozen in time while Luciana ruled in her place, sending terrors of fear to the Mer- People.

Then something unexpected happened.

A story about Journey of Love. A mermaid Love story.