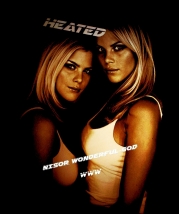 Wright Anderson has it all, name it; money, looks, character, pride, accent and mostly the jnr CEO of the Wright’s companies in Nigeria. He has character but to his friends. The first name was supposed to be Wrong not Wright said his workers. His rudeness and pride made people label him wrong. He is charming, exquisite, handsome, beautiful with the looks of Justin Bieber but his Nigerian hair spoiled everything . He stays this way only being intimate with women was when he craved for a one night stand. At twenty seven, he seems uninterested in women but something changed when his company’s electricity got beyond repair. The electrician who was said to be the best happened to be a woman who he made mockery of at the beginning but later got blown off when he found out her true identity…. Watch out what happened to Anderson…