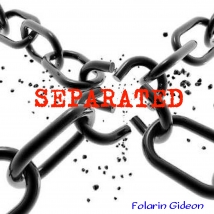 A story about 6 childhood friends, who got torn apart on an adventurous but fateful escapade which will change their destinies forever.