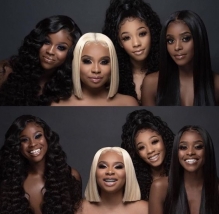 Four girls become friends by chance then they aré fórced to share a hostel room in a campus. What started as a mere friendship birthed a bond that no One could break. They could share each others  Problems, celebrate each other and stand by each other. But what will happen when  secrets, deceit and betrayal start to roam around them. Will the bond break or will they conquer???