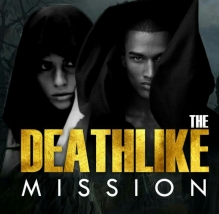 A truck conveying ammunitions and explosives have just been impounded by the SIB and Kari Salman a special field agent have been assigned to carry out the investigations with a suspect as the lead in her colleague Paul's stead. Things happened too fast as John Malik the only lead is murdered in cold blood within the secured cells of SIB building few days after his arrest. The murderer cannot be tracked as he leaves no traces at all . Following this, the case was taken away from her because of her failure to gather enough evidences to ascertain who killed the suspect in time, 'Lack of competence' as thier superior Chief Ajayi termed it. If she tried to investigate further, she stood a risk of being on the desk indefinitely. That was it for poor Kari, she decided to let it rest because there was no way in the world she will allow anyone or anything stop her from being on the field. And then came the mysterious stranger - Jide Cooker just in time,  saving her life at first and talking her into getting back secretly to an investigation she has been ordered to forget pledging his help. Alongside her nonchalant but cheery friend Laura she feared this was no ordinary journey to embark on, but what she did not know was that the whole expedition will bring her face-to-face with a revelation about her past that was hidden to keep her safe and set her against great forces capable of ending her life if need be.