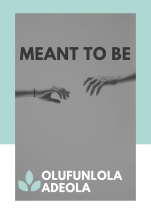 When the man you end up following in love with happens to be the man who raped you years ago and the father of your son as well as your benefactor, what will you do?

Follow Kore and Ayo on their journey of love and romance.