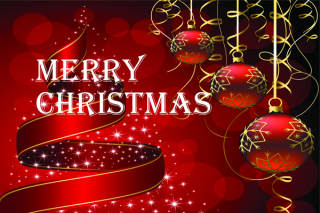 Anayo stretched his body on the bed, before he opened his eyes. It was 8:00AM. He gasped while he stared at the clock that hung loosely on the wall. He pushed the window and it opened, while he peeped outside through it. The morning sun had sprouted, brightening everywhere. He yawned and searched frantically for his phone. At the other side of the bed, his phone laid by the edge . He crawled slowly and picked it up.

"It is 25th December," written clearly on the phone's screen as he touched and unlocked the password.

"Really?" He let out a muffled sound.

"I never knew it was Christmas already. I'm so unprepared."

He sprang from the bed and fixed his legs into the slippers that laid on the floor. He sauntered to the bathroom. Opening the door and taking the first step, he slipped and fell flat to the ground, and it thudded.
"Urrghh," he grumbled and stood up immediately. He walked to the sink, opened the tap and washed his face as water kept flowing out. When he was done, he stared for some minutes as water gushed out from the tap into the sink while it splattered noisily. His stomach grumbled as he switched off the tap and walked out of the bathroom. He walked back to the room and stopped in front of the mirror while he examined himself slowly. Standing in front of the mirror with his head tilted, he fixated his eyes at his mirror image; his baggy sweat pant and taut shirt all stared at his face. He moved to the table, picked up the brush and smoothened his hair before he dashed outside and locked the door.

Outside the compound, he observed an unusual calm environment. It felt surreal, sending shivers down his spines. He held the handle of the gate and opened it, then gazed at both sides of the road and everywhere looked scanty. There was no human at sight. He walked out of the gate from where he peeped through, and the door slowly creaked closed. He kept walking through the street till he got out of the deserted estate. The entrance gate was widely open while the door to the security house was locked while he passed through to the tarred expressway.

The long expressway was deserted. No human was still at sight. He wanted to scream but his voice was muffled by a resounding echo.

Drip. something dropped on his head.

He gasped. "It's about to rain."
He moved his hand to his forehead to wipe off the substance. After he rubbed his forehead with his palm, he brought it down to his eyes and stared at it. It was a red liquid. He freaked out immediately and stared to the ground but there was nothing surreal on the ground. The sun started emerging slowly and his stomach began to rumble in hunger.

He grumbled and cried. "It can't be afternoon already. What's going on?". His cries were muffled except for some liquids that welled in his eyes. It streamed down in succession.

He made to turn and walked back, and a car zoomed by. The body of the car had rusted. It looked like a burnt car. He guessed that a normal human being wouldn't be inside it. He sighed while he stared at the car run out of sight. He tried to make the first step but was disrupted by footsteps. He turned back and made to scream but his mouth was shut. At his sight were skeletons marching repeatedly as they walked in a straight line passing his side.

The weather changed immediately. The sun waned and dusk started to fall. Heavy wind blew some dust particles into his eyes, and he drifted backward using his hand to rub it repeatedly, until his eyes turned red.

"Splash! Splash!! Splash!!!" The sound of the liquid splashed to the ground at his front. It was blood. It was raining blood.

He groaned and turned backward but it wasn't raining at the other end. As he raised his leg to take the first step, he stopped. The skeleton walked in multitude toward him from the side he wanted to run to. They stomped their foot to the ground as they marched in unison.

"No!" He yelled while he kept moving backward, but his voice was muffled. He tripped and fell to the ground immediately. Blood splattered all over his body; it wasn't viscous. It was light as water.

"It has to be a dream," he said and closed his eyes for some minutes.
After some minutes, he began opening his eyes slowly till it opened fully. The zombies rounded him with daggers at their hands. They smiled, but their smiles were scary.

He made to move but they stabbed him repeatedly all over his body.
"Happy Christmas," they all yelled and he went blackout. It was his end.

It was a Christmas of Blood. Bloody Christmas!