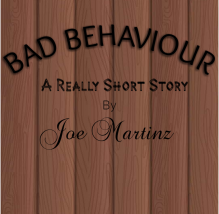 7pm. It is a perfect time to try out what I
had learnt at school earlier today. A perfect
time, because my mother won’t be back
from work until 11pm and my elder sister
have gone to her boyfriend’s house.

I carefully rolled the dried herb into the paper Kojo gave me at school. I clearly recall his words

“Inhale deeply, and let it out”

A part of me, knew smoking crack was
wrong but what the heck!

I lit the weed which was sandwiched by the paper.
I inhaled the puff of smoke and coughed.
Within 10minutes of practicing, I was
already feeling like a pro . Like the big boys
in my class. That was the essence of it all.

For me, what made it fun, was not just smoking it. It was knowing that this sh*t was illegal but I was still doing it anyway.
The thick smell of burnt dried herb permeated the living room, as the smoke curled and danced their way through the air as though some ghost wanted to appear.

Knock knock!. The person didn’t wait for me to open the door, or clear my coast.

It was the last person I expected to see. My mum.

There was no excuse. I had crack in my hand. Crack that was burnt half way.

She stared at me for a while. With my head bent down, I scratched my left feet severally against the floor, hoping that the floor would open up and let me fall straight into hell.

Hell hath no fury like my mother when disobeyed. How can I ever forget when she injured my sister’s boyfriend, when he came to the house by 10pm one Sunday.

“Is that crack?” She asked

That question sent fear through my entire nervous system. I responded with an affirmative nod.

She walked towards me. Each step she made towards me, made my heart beat faster.

I wondered what physical stunt she was
going to start with. A slap, a punch, or she’d just fling a sharp object at me.

She collected the crack, which was almost
burnt out. She inhaled it deeply. Just the way Kojo demonstrated it to me. Then she let the puff of smoke travelled into the
atmosphere.

“Raymond. Dress up. We are going out” She said softly.

Now I’m confused. I would have preferred
she beat the hell out of me than spring up surprises. She ain’t really good at that.

I could swear down, that today is going to be the most f*cked up day of my life. It’s the
strangest feeling ever. I mean being in the
same night club with my mum. I watched
her danced with some random man. I felt so pissed off. Sh*t was getting unbearable.

I angrily got to where my Momma was
dancing and pulled her. She pushed me
away and ordered me to go sit down and
wait for her.

This was hopeless. I was watching my beloved mum being treated like some of those
b*tches in Snoop Dogg’s music videos. It was a horrible feeling.

Watching her do something wrong and can do nothing about it. For once, I understood
how she felt whenever she saw me doing
something wrong.

Some minutes later, she came to where I
was sitting. She hugged me.

Another randy looking man walked towards us

“Oh yes. But tomorrow is another day” my mum replied

“Raymond my boy. This is how hard I work
to fund you and Angela’s education. This is
the second ‘nursing job’ that keeps me till 11pm every day”

My lids were filled with hot tears already.
She used her teeth to uncork the drink given to her by the man that approached us a
while ago.

She smiled and gave me a wry look.

“This drink is poisoned” She said

“And how would you know that?”

“At the point of uncorking the beer, it didn’t foam. Meaning, it has been tempered with.
You see the man with a red hat at the VIP
section?. Someone poisoned his drink some seconds ago. What do you think was his
offence?”

“Mum I have no idea”

“Trust. His offence was trust. You’re just 13. If you think you’re ready for the streets, think again.”