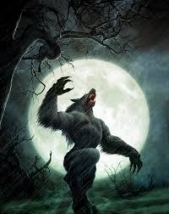 "WRONG IDENTITY" a story of two special personality, Mitchelle and Griffin, who were destined to stop a powerful person.