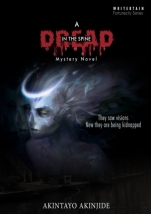 A Dread in the Spine

At different times, some people saw visions of hell and heaven. Suddenly, someone starts kidnapping them and killing some of them. Nosa is given the responsibility of searching for them. He is forced to do this amidst the love dramas in his own life.